Sorbo Aucuparia is a tree of the Rosacee family. The flowers are white and very fragrant, the coral red berries are like little apples and are very appealing to the small migratory birds. This tree is traditionally used in fixed hunts, where hunters await mimicking the calls of their prey. The installation investigates the exhibition space. The call is curiosity, it becomes surprise and ends with the unveiling of the deception of its being mimesis. In the exhibition space the audience will listen to the sound of different birds and will discover them to be mimicked by the hunter only when they reach the video image.

Shortly after arriving in Italy, Paci produced his first video, Albanian Stories, which deals with the events of Albanian anarchy between drama and fantasy. His daughter Jolanda is the protagonist. The artist watches her tell a story to her toys. Its strength lies in the visions that history evokes and in the child's ability to take on the salient elements of a dramatic reality, to combine them with fantasy, interpreting them and transforming them into stories. A rooster, a cow, the "dark forces" and the "international powers" are among the main protagonists of the story.

Picture frames have been added to the walls of a bedroom that has been emptied but is still full of life. Morpho-Peleides, still in their cocoons, have been inserted in them. After two weeks of treatment they are born. The video tells of fragile legs, those of butterflies, which do not walk but move from wall to wall through daring flights. They glide over the knurled surfaces, probably recognizing their claustrophobic situation, perhaps they are used to it. It refers to a body that knows well the size of its perennial horizontality and when it moves from that room, it rises only through an unreal and technological flight.

The night show of the electronic animal. Mechanical ventilator (respirator), mechanical feeder, saliva aspirators, (one tracheal, one by mouth), anti-decubitus mattress spies: these vital function instruments underline the existence of a technological man, who lives electrically. Each light allows the correct operation of the equipment if it is on. Some flash, calling attention like fireflies - insects that launch sexual calls through the switching on and off of a part of the body. It tells of similar worlds, where one invades the other and vice versa or where a sum of intent is created. They are both natural worlds, as well as narrators of the life cycle.

Her artistic research focuses on the aporias of the economic, social and political system, on the correlated identity / individual evolution and on the historical and cultural memory of this latter product. Shores has two stories: Mohsen Lidhabi, postman of Zarzis (Tunisia), looking on the beach for materials for his sculptures, finds a body and decides to give it a proper burial, sparking endless controversy in his own community of origin and among supporters of Ben Alì. Similarly, on another shore of the Mediterranean, in Lampedusa, Vincenzo, a retired gravedigger, witnesses the same epiphany and makes the same decision, raising criticisms from the religious community that disputes the use of crosses for the burial of non Catholic men. The two men, Mohsen and Vincenzo, represent a profound humanity confronting the obscene of present history; the reactions of the communities to which they belong, tell, instead, of man's perennial struggle for dignity, even at the cost of marginalization.

In July 2013, Nicaraguan President Daniel Ortega and Chinese entrepreneur Wang Jing signed an agreement for the construction of a huge interoceanic canal that connects the Pacific Ocean to the Atlantic Ocean, and represents an alternative to Panama. On 22 December 2014 in Managua, work began with a festive ceremony that involved much of the capital city. The whole inaugural address was broadcast by the main TV channels and the most important radio programs. Through interviews with environmentalists and local politicians, including former vice president of Nicaragua, Sergio Ramirez, and poet and theologian Ernesto Cardenal, the documentary addresses the environmental, social and economic concerns behind the development of the project. But it is also a journey backwards, along the path of the future Canal, into those wild and unexplored territories that will inevitably suffer the consequences of such a mammoth work.

7 - Irene Dionisio
Untouched by war, sequence of slides, in collaboration with the historian Enrico Bonate

In this work, born starting from and in parallel with the filmic research that led to the creation of the video "Quel événement imprévisible" on the fate of the fort of Mont Dauphin, it is possible to see a series of slides that tells about the forces not reached by conflicts of the Twentieth century, nineteenth century, eighteenth century in Europe on the cross-border line between Italy and France. The slides were collected with a precise chronological scan and with a graphic layout influenced by that commonly used by the historical archives from which the research done in collaboration with the historian Enrico Bonanate started. The sequence chosen has the intention to create a sort of visual mapping of the places where the conflict was expected, planned, but never occurred. In a sort of historical short circuit, in which History becomes not the event, but the non-event. In which the monument with all its historical and emotional baggage turns into an atypical document of uncommon reading, ready to trace a vision in transparency of a minimal History in the shadow of that defined as official.

The Second World War in Venice between the institutional but invisible Cinema of the Republic of Salo and the air-raid shelters between the Calli of Venice. The fascist regime shows the signs of its fall through the images we see today: old photographic archives, memories and ruins of reinforced concrete. A story about Venice that becomes reflection on beauty and its manipulation.

A group of space settlers find themselves stuck on a hostile planet, where a war is underway that has transformed the surface into a contaminated and deserted landscape, inhabited by sparse life forms. Who will take care of them?
Peace Declaration 2020, attributable to the Science Fiction-Documentary genre, was created as part of an audiovisual laboratory for unaccompanied minors hosted in the Pope Francis First Reception Center in Priolo Gargallo (Syracuse).

"I have a path that touches on different themes, with specific attention to the image, in particular photographic, as a constitutive part of our memory and of the reconstruction of the identity. A privileged investigation tool is the video, with particular attention to the re-signification of the images of documentary cinema ". It's too close to focus, is an autobiographical documentary that tells of the artist's life, through the photographic lens of his father and stepfather. Both in the army, they took many photographs of the girl and military missions in Italy and abroad. It is a micro-story (in Carlo Ginzburg's definition) about family, connected to History, from the Fall of the Berlin Wall in 1989 to the Second Gulf War.

Giacconi is interested in the social and political conditions in which some cultural systems operate, focusing on narration, that is how these systems narrate themselves (be they social contexts, cultural traditions or genres, political movements or, simply, personal relationships). A necessary tool for this research is the investigation of events through a "circumstantial paradigm", which starts from micro-factual details through which a narrative line can be developed. The attempt to construct historical constellations between different moments - in time and space - is used as a technique to produce a reading of events that deviates slightly from the established point of view; what we tend to see is a slightly oblique view of the event. This is also what happens with Dominique Fidanza, known under the pseudonym of Domy Fidanza, the Italian-Belgian singer (1979) who won the Italian version of the TV talent-show Popstars and was part of the female group Lollipop emerged in that context. In 2006 she was a finalist in the sixth season of the French TV show Star Academy, where she finished second.

In ancient cartography, the Latin phrase 'Hic sunt leones' (Here are the lions) served as a warning not to go beyond the known boundaries, to discourage searches in wild and unexplored territories. But man has gone well beyond the boundaries of the known, the lions have been reached; taxidermy seems to be a proof for eternity. In the preparation of the laying specimens a special attitude is required, a certain "artistic genius", since extraordinary attention is required to mimick the natural form of the animal as faithfully as possible. Valentina Furian's work plays on the subtle limit, but also on the encounter, between reality and reproduction, between creator and creature, between man and nature. Taking care becomes an instrument of knowledge of unknown things, the here so-called "leones".

On Lake Como, between March and June, toads breed. During this time a huge number of animals descend from the mountains to the lake to lay eggs. The road that surrounds the perimeter of the lake interrupts their journey. A group of volunteers, at night, integrating and partly assimilating themselves to the disordered mass of toads, tries to contain their losses by assisting the migration. The spectator is invited to immerse themselves in a nocturnal atmosphere where the boundaries between man and animal are no longer clear.

The Third Chimpanzee project consists of a series of videos that investigate urban space. After the episode, realized in Treviso (2012), which investigates the signs and reactions to the 2008 economic crisis, the second in Bari (2014), whose history, intersects multiple cultures, the most recent chapter, Vajont 2014, investigates the theme of Italian identity. Disasters play a special role in drawing up the history of a Country, settling in the collective imagination. Combining high and low resolution shots, eliminating ambient sound and color, editing proceeds regulated by a lucid and crazy criterion at the same time. Each clip is ordered according to its degree of brightness. The film ends at the boundary between the dissolution of the image and a retinal residue, referring to the energy released by the collapse of Mount Toc.

Ball Don’t Lie is the representation of a contemporary oracle. The basket ball, drawn to the basket, answers questions regarding the future. The phrase ‘Ball Don’t Lie’ is a typical expression of basketball. It is generally used against the opponent when this, after suffering a dubious foul, fails the free throw.

“Rebel Rebel is a disturber. He tries to come at all the exhibitions I partecipate in, even if he doesn’t fit with them at all”- underlines the artist.

12- The Cool Couple
Approximation to the West, digital print on blue back, 2014

Approximation to the West is an ecosystem of images, a research on the West and its crisis. Through the rediscovery of a series of historical events belonging to a forgotten past and a peripheral area, the duo has created resonances between the European history of the second post-war period and the present. Starting from a study of the geographical area of Carnia, in Friuli Venezia Giulia, between the spring of 1944 and May 1945, when it became the first republic in Italy and, later, the promised land of some tens of thousands of Cossacks, comes to the story of the current situation where its inhabitants confess that they no longer recognize themselves in the places to which they belong. Read metaphorically, the project reflects on the various migratory crises that have affected our peninsula; on the concepts of boundary, belonging, identity, questioning the production of collective imagery and their circulation. 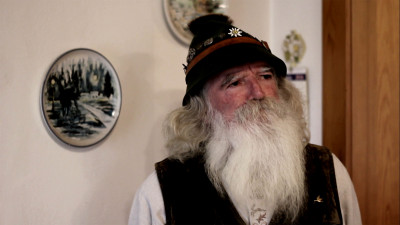 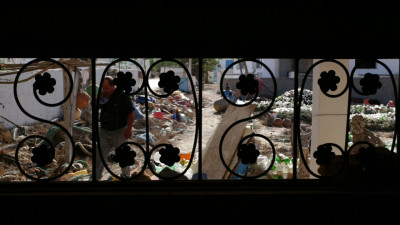 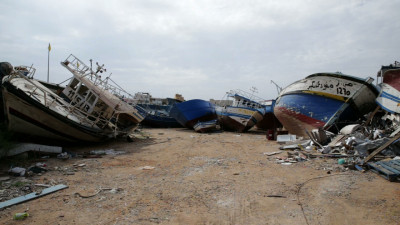 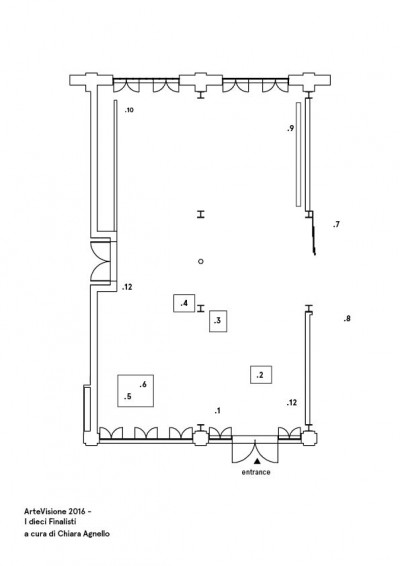 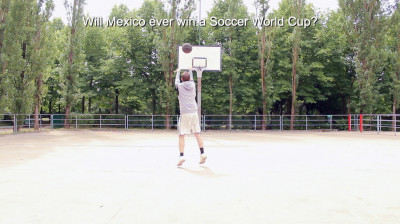 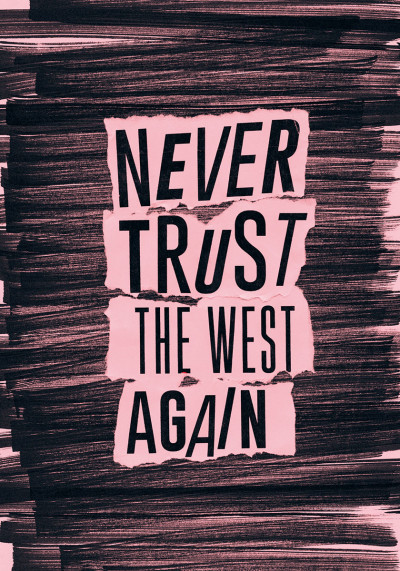 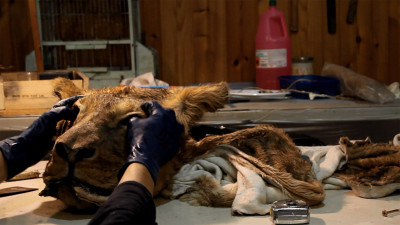 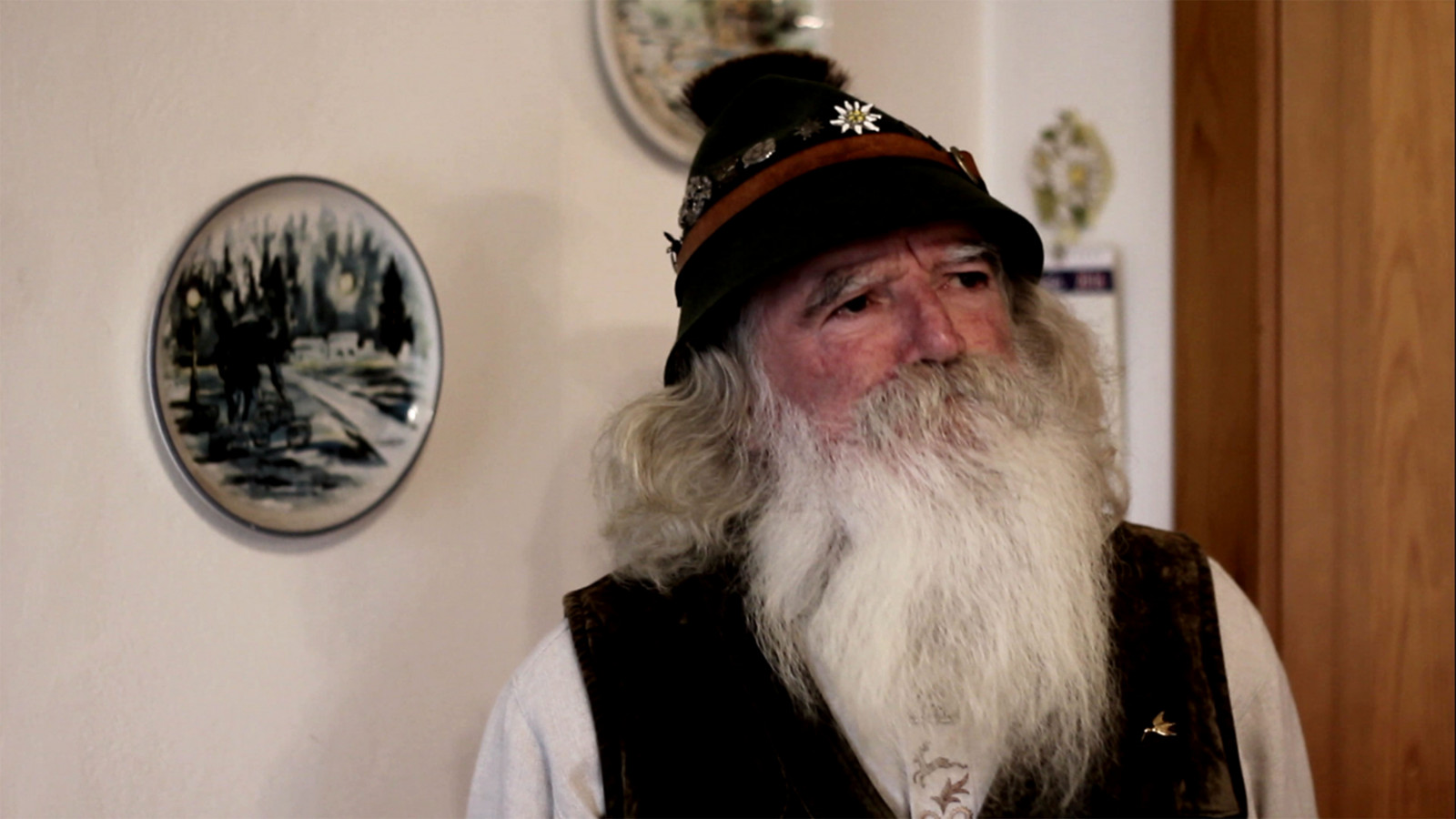 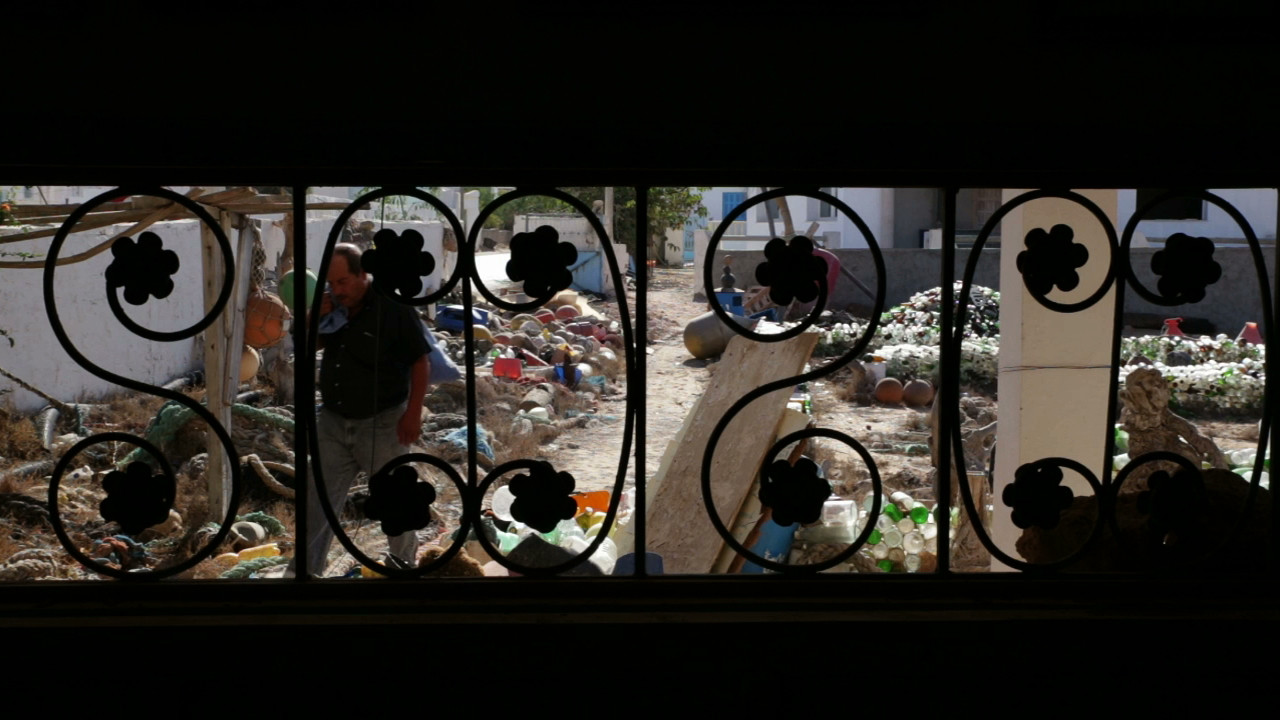 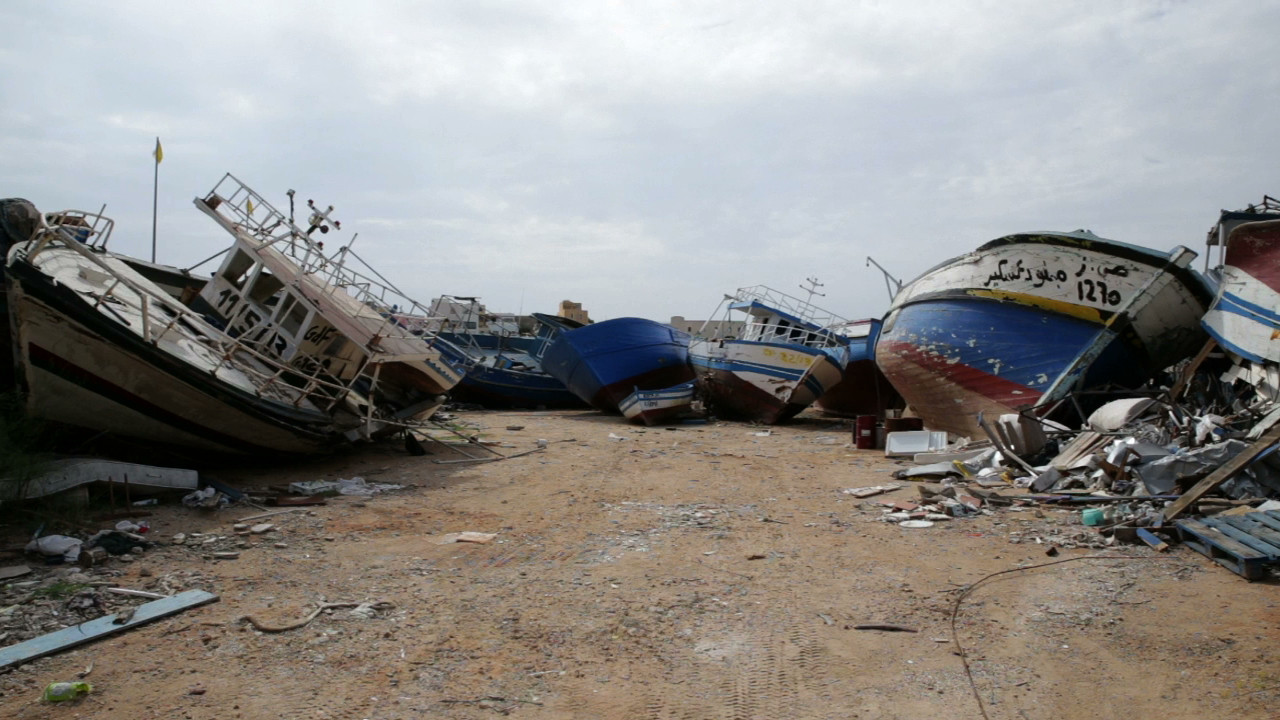 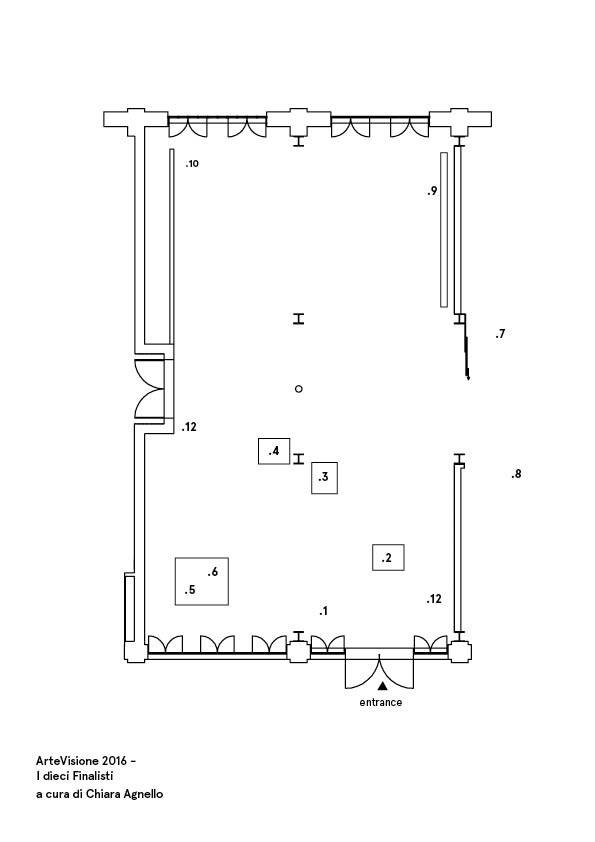 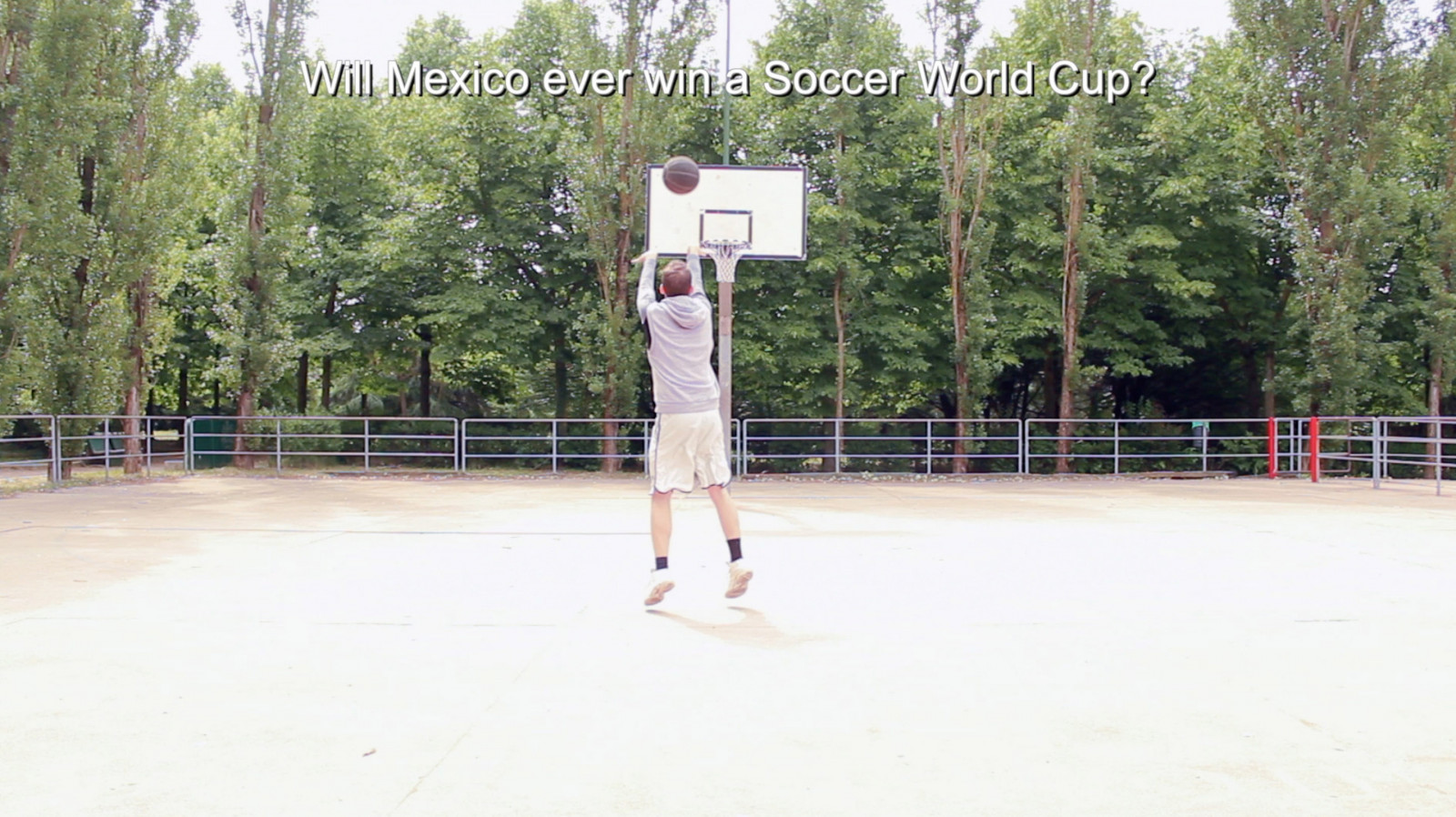 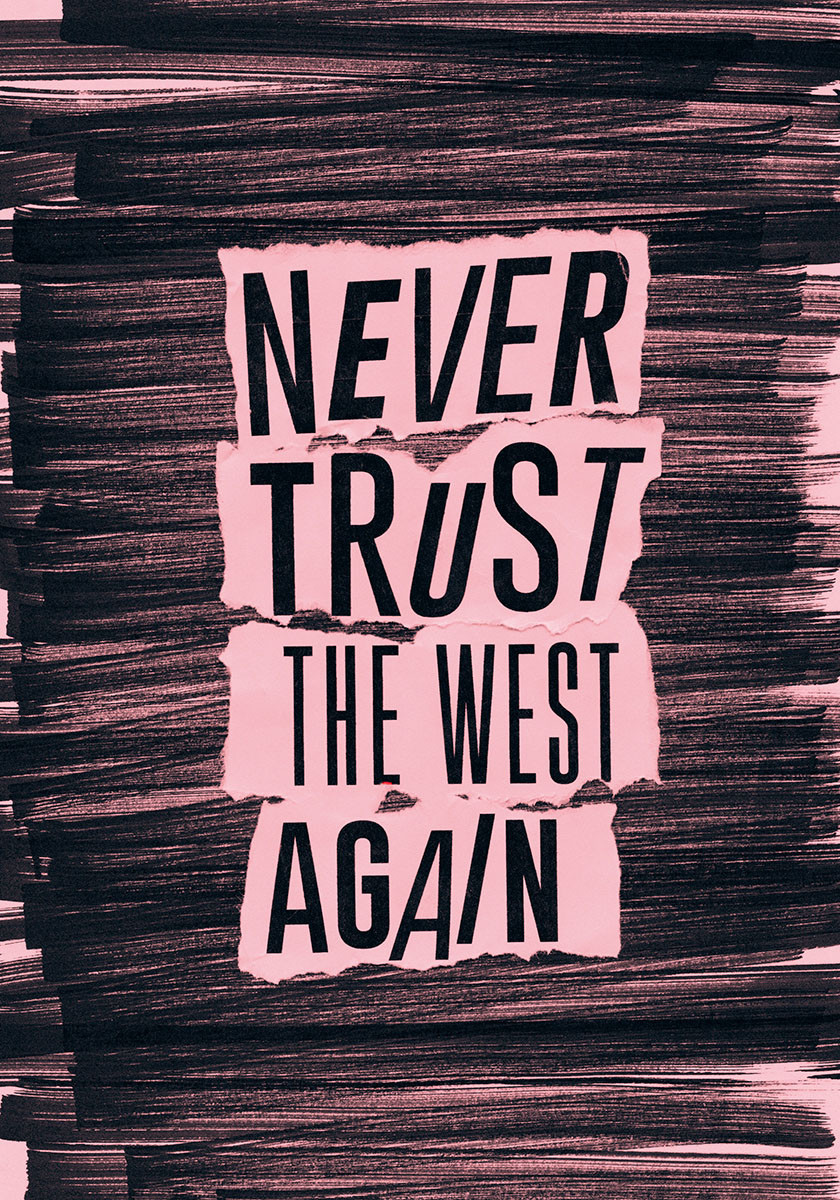 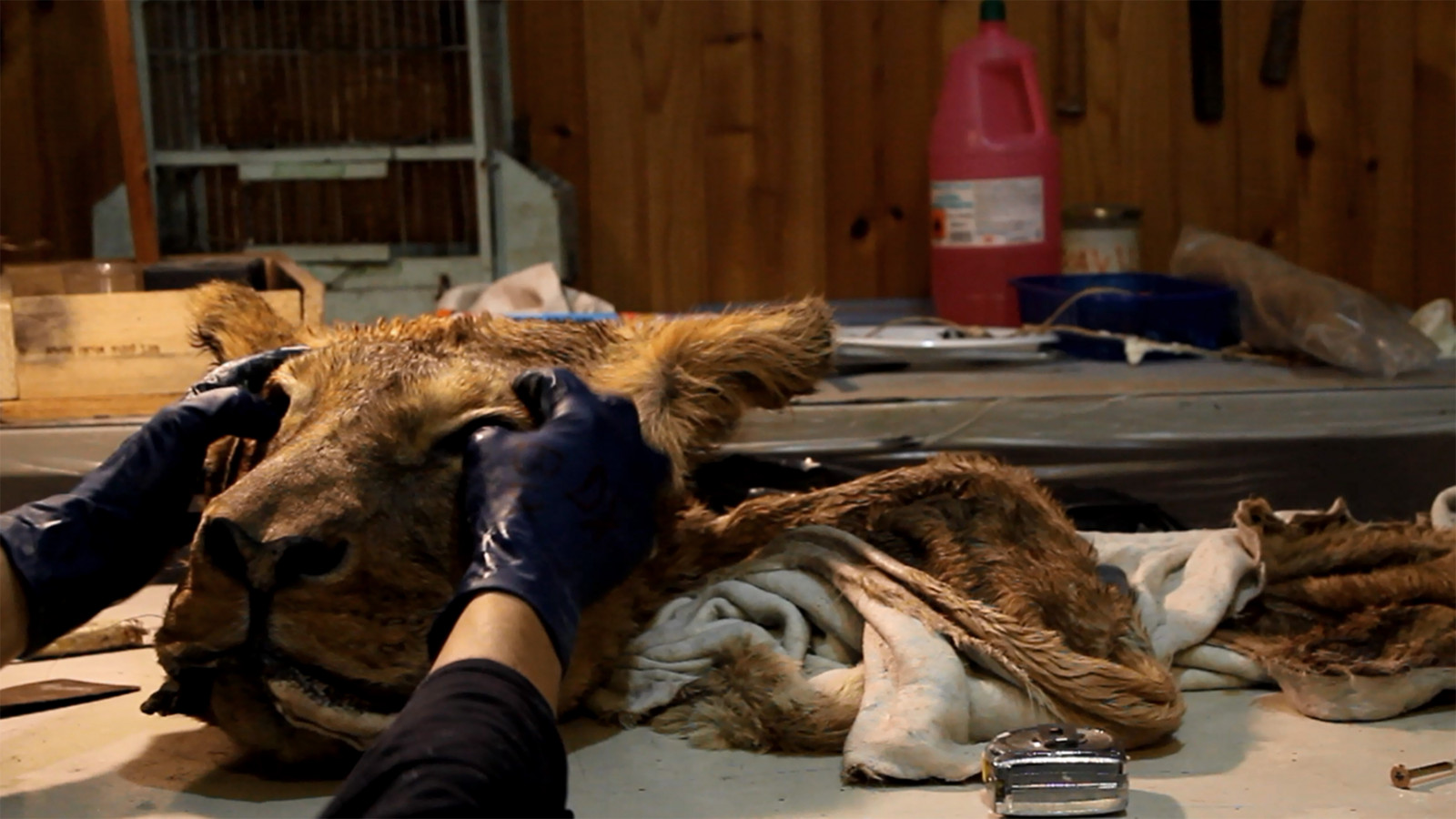